You are here: Home » News » Encyclopedia Industrial » Did you pick the right screwdriver to repair iPhone?

Did you pick the right screwdriver to repair iPhone?

What’s more complicated are the inside screws, there are still many special screws inside.

For the iPhone 6S, it is a little bit different, the special screw is located on the top right of the battery, which is 2.5mm Hex standoff screw. So when you disassemble the iPhone 6S, you’d better prepare the special M2.5 Hex socket screwdriver, otherwise it’s so hard to take out this unique screw. 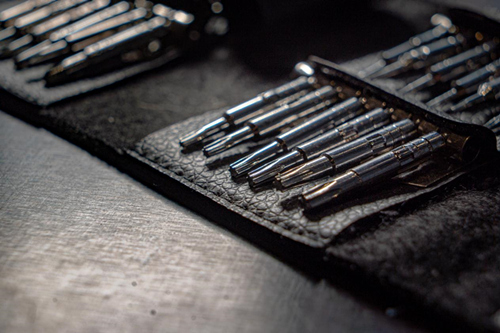 Except the special Pentagon screws and standoff screws, there are all normal Phillips screws. Though these screws are in different length, luckily they can share the same Phillips screwdriver when you disassemble your iPhone.

When disassemble the screws, keep all of them organized. Because if you mixed them up, like if the screws get swapped and one of the longer screws is placed in the hole for the shorter it will damage the logic board, causing the phone boot loop, display a blue screen or showing error 14 or error 9 etc. Also over-tighten the screw will damage the phone either.