You are here: Home » News » Encyclopedia Industrial » What Are Pliers Used For?

What Are Pliers Used For?

Pliers are a versatile hand operated tool with opposing jaws for gripping, bending and cutting. The two crossed metal arms provide a powerful lever for increasing the strength of the user's hand. Pliers and torx screwdriver sets are an important part of every toolbox, because they have many uses in the house. Although universal battery powered pliers can usually be used, there are other types of tools to meet the needs of specific tasks. Choosing the right pliers for the right job will increase efficiency and safety.

The main purpose of the pliers is to clamp. You can make them work by loosening or tightening bolts, holding a stable object, or removing pins, nails, or other fasteners. Standard utility pliers (formally called sliding pliers) have relatively flat jaws with teeth for grasping small objects and a circular toothed opening for grasping larger objects such as bolts head and nut. The working principle of the tongue and groove pliers is similar to the common pliers, but it has a long handle and offset or angled jaws to increase the leverage. The jaws are adjustable in height and can be opened to clamp pipes and large nuts.

Pliers can also be used to bend or straighten. The cross brace of the pliers has super strong torque, which can bend and twist metal plates, nails, wires and other objects. All pliers can help bend objects, so the type you choose depends largely on the specific object you need to bend. Long nose pliers or needle nose pliers can help you hold small objects. A battery powered lineman’s pliers is usually used by an electrician to bend wires and cables. 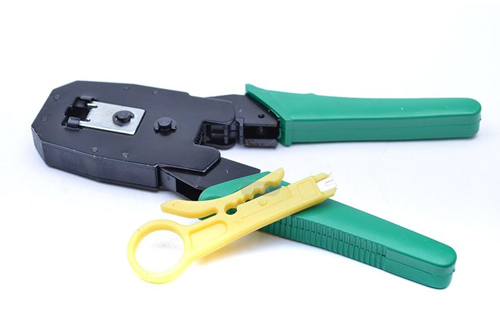 Some pliers can also cut wires and nails. Diagonal shear pliers and side cutting pliers, commonly called wire cutting pliers, are mainly designed for cutting wires. In most cases, their jaw structure makes wire cutting pliers less suitable for gripping large objects such as bolts. However, because they are effective in clamping and removing nails, they are still regarded as pliers.

Electricians use a variety of special pliers to splice wires and strip insulation. For this task, the special edge pliers are the most popular choice. Using the wire cutting function, you can cut the insulation of the cable and strip a short length to expose the bare wire. If you perform the same operation on another cable, you can use pliers to connect or splice the two wires together. 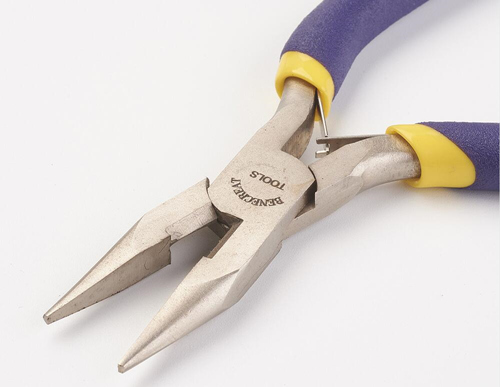 Jiande Shuangjian Tools mainly produces materials, including PVC transparent granules, colorful transparent spins with double color handles, double color screw sets, screw sets with various specifications and other tools. We always adhere to the aim of "the quality is the basis of an enterprise".